The circle we discussed before is the most important geometrical figure in this Universe, because it is symmetrical in every way. Not just in the 2D reality. If you spin a circle around in 3D it is always symmetrical as well. It’s the highest form of geometrics. As soon as it has corners or becomes elliptic, you might have the 2D symmetry, but you can forget about the 3D symmetry.

Symmetry is one of the cornerstones of the Universe’s Law Of Beauty. Nothing’s more beautiful than symmetrical things. Flowers are just one example, but think of the human face and even the whole body. 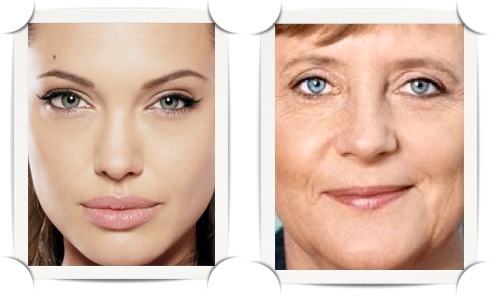 Balance is important, and as much as the Universe loves it, the circles keep spinning, and perfect balance is seldom achieved. The constant back-and-forth game between imbalance and balance creates dynamics. Dynamics are again nothing more than circles spinning.

Balance also implies moderation. After you add the sum of one thousand numbers randomly generated numbers between 1 and 100, and divide it by 100, you’ll eventually get a number that is close to 50. That’s because the median or balance point between 1 and 100 is 50. However, it is highly unlikely to be exactly 50. Because when you run this experiment a hundred times, you’re entering a new dimension or a subpart of the fractal. What does that mean?

Just like the centre of the circle remains a mystery forever, this perfect utopian integer 50, will be very hard to reach. The Law of Balance is a direct result of the fact that the Universe loves to dance.

Everything moves all the time. We incorrectly refer to this as if things are trying to find balance. Nothing is further from the truth. Nothing is ever supposed to find balance, it is supposed to be balancing. If you absorbed the last chapters thoroughly, you’ll understand that finding balance, would equal a circle imploding to its centre. It equals non-existence. Things that don’t move, are in balance, and are dead. We should instead say that things dance with balance, for if they would find it, they would cease to exist.

The same thing goes for life. The happiest people I’ve seen weren’t the extremely poor ones, or the filthy rich ones, but the ones that had mastered to surf the waves of the ever-going up and downs of life.

The Law Of Balance:
For this Universe to exist, everything continuously dances with a centre point, or balance, but refuses to rest there, for it would cease to exist.

An orgasm is the grand finale that makes an enormous effort worthwhile. The orgasm of the Universe is symmetry and balance. It’s the Law that guarantees and creates dynamics. Without it, the dancing of the Universe wouldn’t look like much, chaos would be all that surrounds us, but most importantly: I wouldn’t get to write this book.