Circles and ellipses create three other basic geometrical structures that seem separate, but are all derived from the circle.

The first one is the one we see most often in economics. It’s called a sinusoid or sine wave. A sinusoid is nothing more than a point on the circumference of a circle, rotating and plotted over a timeline.

Say you take the most left point on the circumference of a circle and you move it clockwise at a permanent or even a variable speed. If you were to plot the height of this point in the circle on a graph where the X-axis represents time, and the Y-axis represents the height, you’d get a perfect sinusoid, when using a constant speed. 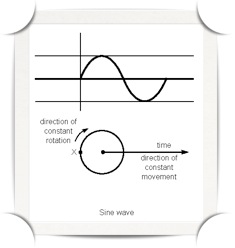 Illustration 5: The rotating circle represented as a sine wave.

This sinusoid is present in many things in life, because most things in our lives are spinning circles. They form a loop. It’s one simple pattern that keeps repeating itself. It’s the age-old “what goes up, must go down” saying, which is simply nothing more than describing a rotating circle. The sinusoid is also “infinite”. Once you have one phase of it (the part which is depicted in the figure above), you know the rest.

Since the Universe loves to dance, nothing is simply a dot, but everything is a rotating circle. Even the dots on the edge of the circle are microscopic circles, because the Universe loves speed. So our beloved sinusoid instantly becomes a fractal of its own too. Don’t worry if this is a bit much, it’ll resurface later.

The second geometrical figure that appears is when you draw a circle in 3D time-space. As you draw the circle again either clockwise or counterclockwise, and you make the circle either move away from you or come to you, you get a perfect spiral.

Spirals — as we will see in further chapters — are important patterns in our lives as well. Everyone has heard about a “downward spiral’” or a “vicious circle” before. These common expressions describe nothing more than the rotating circle respectively ever moving away from you or just remaining stationary for a long time.

So we arrive at the third but certainly not the last byproduct of circles. When we move the angle of the observer for 90° we see something else emerging. We see a perfect sinusoid rotating in 3D space. Guess how a DNA string looks like? It are two opposite points on a circle rotating in the same direction at the same velocity. As these two points move upward from the circle, a string is formed. The two points connected hold the information going straight through the centre of the circle. 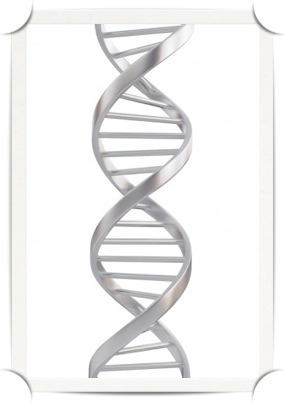 In short, straight lines don’t exist, they only exist as an illusion. Like when we build a house or a highway. The distance is too short and we’re too zoomed in to grasp that it is in fact a curve appearing to be straight.

Infinity is nothing more than the confusing definition that the beginning is the end and the end is the beginning, making them theoretical and practically synonyms and thus makes both the concept of ‘beginning’ and ‘end’ obsolete.

I hope you’re not too confused yet, because perfect circles are an illusion too. Let’s illustrate this. 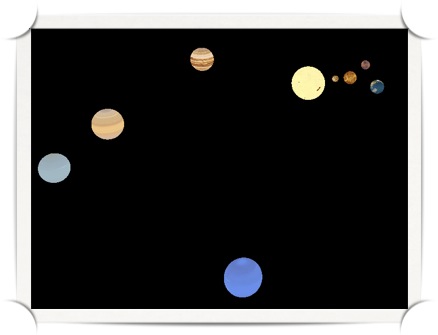 Illustration 7: The seemingly random dots that form our solar system. (Planets not to scale)

There is a lesson to be learned here as well: understanding chaos requires Time.

The Law Of Understanding:
The longer the observation of a certain situation, the better our understanding will be.

You can conclude that circles represent a timeless experiment. The circle is a representation of one point going completely around one other point. The Universe really loves to dance on all levels. That’s why circles — and by induction π as well — are a theoretical concept. In reality you’ll often see they are ovals or ellipses. They become spirals since all movements show through all dimensions. This often creates interesting visuals. For instance, how would the movement of our solar system and its satellites look like after a few decades if the inner planets drew a path? 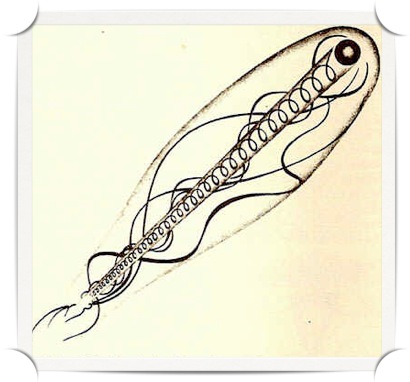 Illustration 8: The movement of our Solar System with the spinning planets through 3D time-space according to the late Dr. Pallathadka Keshava Bhat.

Not only do most spermatozoids and fish (arguably the first life on the planet) look remarkably close to this, but it beautifully illustrates how a seeming randomness or chaos, is merely a visual representation of the Universe dancing its ass off to make you smile and wonder.

The Law Of Chaos:
Chaos is seeing the dots without understanding the circle-like vector paths they are describing.

In the Universe, everything is a continuum. On all levels. In every dimension. If you thought the planets all revolved around our Sun in a disc, consider the next figure. 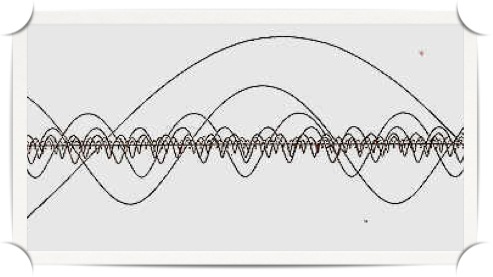 Illustration 9: The planetary vortex. The movement of the inner planets in respect to the solar plane, viewed over a period of one full Saturn cycle.